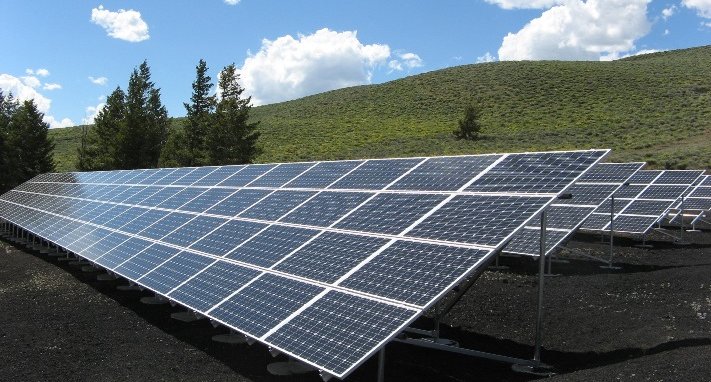 The primary idea powering the Indian solar vision was energy sustainability and initiating internal industrial growth to control the nation’s own solar future. Approaching investors, drafting policies, and getting multi-billion-dollar financial aid to install solar panels in the country are obviously increasing the energy generation rate, which stands today at 8.06 GW. But, it doesn’t actually build industrial infrastructure required to claim a portion of global solar market or to provide sustainability.

The invasion of cheap module imports

With an investment potential of INR 15 trillion (US$ 222.36 billion) in the next 4–5 years, the Indian power sector can boost domestic manufacturing capacity to develop and reach global standards. However, a larger portion of India’s investment for solar sector still goes to purchasing imports, rather than enhancing domestic module manufacturing capacities. India has imported 161.5 million solar panels in FY 2014–15, incurring a cost of almost $821 million. The import expenditure has jumped to $1.3 billion in 2015-16. Spending millions of dollars on importing solar equipment is not exactly the best option for a country that is trying to compete with global leaders in Solar energy sector like China, Japan, and US. Especially when one of the primary objectives under the National Solar Mission is to take global leadership role in solar manufacturing across the value chain of leading edge solar technologies.

Imported cells cost $0.29-$0.31 cents/per Watt p, keeping domestic panel manufacturing cost at a competitive $0.50-$0.52 cents/per Watt p. But members of the Indian Solar industry have time and again pointed out that most imported modules are of sub-standard quality and cannot sustain solar power generation for the desired time frame (beyond five years). It has also been highlighted that low quality imported modules being implemented in energy grid can damage the energy transmission and jeopardise sustainability.

The reason why Imported solar panels are finding no difficulty to flood the Indian market, is our Nation’s reluctance in imposing anti-dumping duties on such equipment. The Directorate General of Anti-Dumping and Allied Duties (DGAD) had proposed anti-dumping duties ranging from INR 6.81 per watt (USD 0.11 per watt) to INR 50.15 per watt (USD 0.81 per watt) to be imposed on solar equipment imported from China, Malaysia, Taiwan and the US. But the MNRE has argued that the duties would increase the cost of solar power production by at least ₹1.6 crore per MW and tendered projects worth 4,000 MW would get stuck. The final verdict was unfavourable towards the domestic manufacturers. In an official statement by the Ministry of Finance, it was mentioned that there will be no notification on levying anti – dumping duties on imported solar products and that the investigation report by the DGAD shall be allowed to lapse.

This despite the fact that in the report released by the Directorate General of Anti – Dumping and Allied Duties (DGAD), the price effect of the “dumped imports” (aka solar modules) on the domestic industry have been severely damaging:

The USA’s Department of Commerce, in 2012, determined that Chinese and Taiwanese solar imports were being dumped in their country at margins ranging from 18.32% to 249.96% with the help of subsidies ranging from 14.78% to 15.97%. Based on this revelation, the USA imposed 44.18% duties on solar equipment imported from Taiwan. In 2015, the United States International Trade Commission investigated further on this issue and imposed 50% duties on Chinese imported solar equipment as well. The European Union too imposed anti – dumping and anti – subsidy duties on imports of solar cells and modules from China on 2nd December, 2013. These duties (to the range of 40 – 47%) were levied, for a period of 2 years, in order to create a level playing field for European manufacturers to also compete on price. India needs to follow such international precedents to keep up to pace with the global leaders.

Although the Indian solar industry has stepped into maturity, we must realise that we are still dependent on investors, financiers, and lenders to make solar energy bankable. For a country that is trying to build investor’s confidence in the solar sector, using low-quality solar equipment is potentially a big step back in the shadows. Low-quality solar equipment will definitely cost India its financiers, as they depend on consistent performance of solar modules to get return on investment, which low-quality equipment fail to offer. Besides the initial loss of financial aids, India will also stand to lose billions of dollars in maintenance, repair, and replacement of low-quality modules, eventually missing its target of ‘Power for All’ initiative.

A strong domestic manufacturing eco-system is imperative to push a nation through socio-economic growth barriers. The Government of India needs to revisit and revive the investigation on imported solar modules from foreign countries. Normalization of import prices will help domestic manufacturers to gain significant advantages while ensuring a fair playing field, while boosting the Make in India programme at the same time. Domestic manufacturing can make India the third largest economy in the world by improving social, industrial, and economic infrastructure. From creating jobs to reducing import expenses, domestic manufacturing comes with an array of benefits that can boost national uplift. Research reveals that focusing on domestic manufacturing can save India more than $42 billion by 2030, which otherwise would be wasted on imports. Domestic solar growth has already created more than 416000 new jobs (2015) including high-skilled manufacturing, indicating a solution for India’s employment scarcity. Taking a more aggressive initiative towards enhancing the domestic solar manufacturing capacity can also help in meeting the solar energy implementation target (100GW) and prepare India for the mantle of solar superpower.